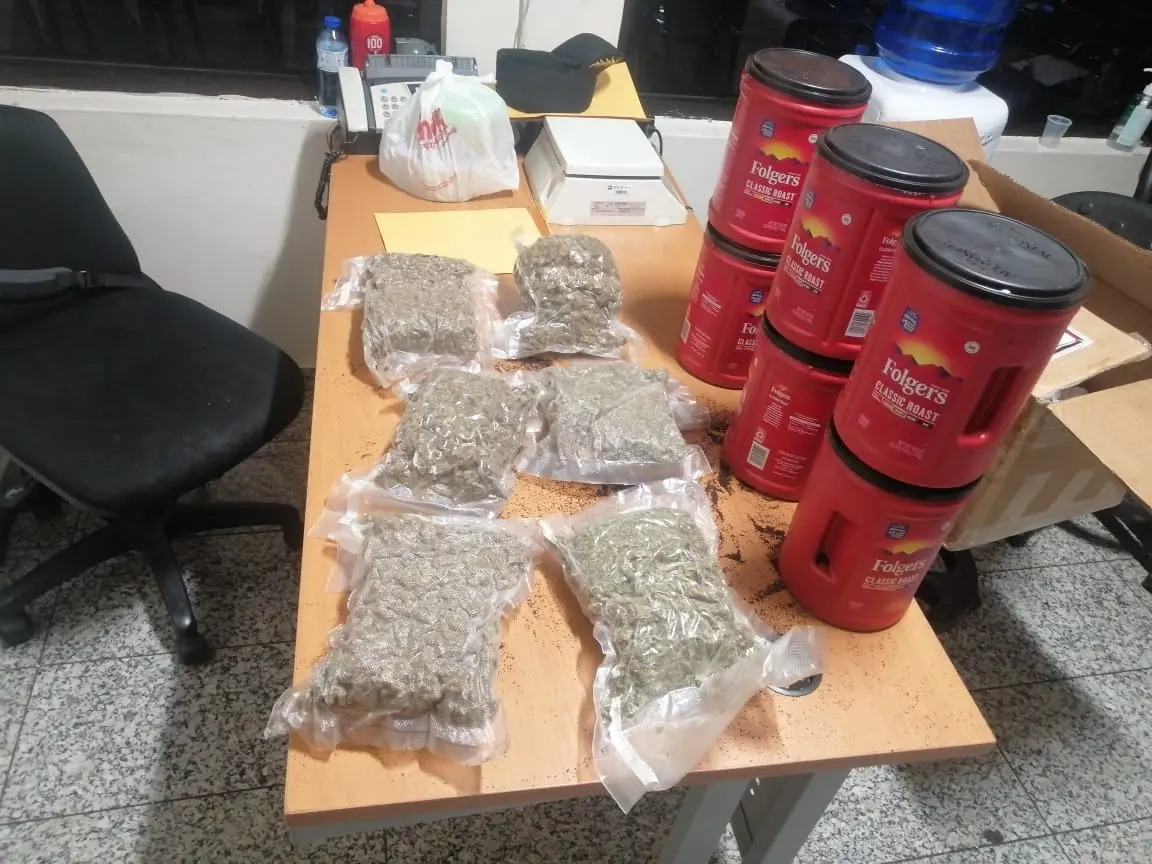 A canine unit alerted of strange substances in a cardboard box, which arrived at the terminal coming from Miami, where six plastic containers were found, which appeared to be coffee and in whose interior six packages of marijuana were found, with a preliminary weight of eight pounds, which were later seized.

The substance was sent by a Dominican man with residence in Lehigh Acres, Florida. It was to be received by a man residing near the public market of La Placita in Los Ciruelitos de Santiago.

The authorities are working on the investigation to determine if the manifest of the shipment is accurate or if the identities and addresses are false.

In the last few weeks, the DNCD and the Public Prosecutor’s Office have reinforced the inspection work in the warehouse areas of international shipments entering and leaving the country through the airport terminals.